According to the map we've only gone 4 inches.

The online map has markers every km that starts at 0 up to where the Murray meets the Southern Ocean and these go up to 2581 near the source of the Murray at Indi Springs. See the Distance Markers page for details.

*
The KML track has been simplied using the Douglas-Peucker method with a ~10 m tolerance and the coordinates rounded to 4 digital places. 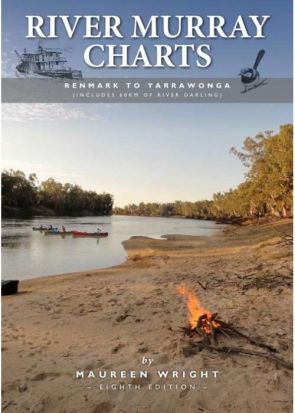 Navigation chart of the River Murray from Renmark in South Australia to Yarrawonga in Victoria. 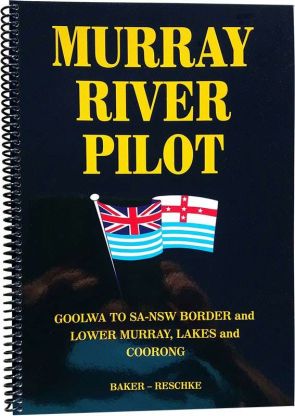 by Baker and Reschke

Covering Goolwa to the SA/NSW border plus the Lower Murray Lakes and Coorong.

These were the maps I made before my first trip down the Murray. If I get time I'll redo these using the blue sign distances.

The maps were created by manually stitching together the National Maps map tiles. The distances were generated by manually digitising the river path from Bing aerial images in QGIS, then using the QChainage plugin to create points at 1 km spans along the line. These were overlaid manually onto the maps.

A look at the blue signs along the water way