Note, there have been no known trips. Everything is based on water gauge flows and topo maps only.

If you have any additional information, let me know! 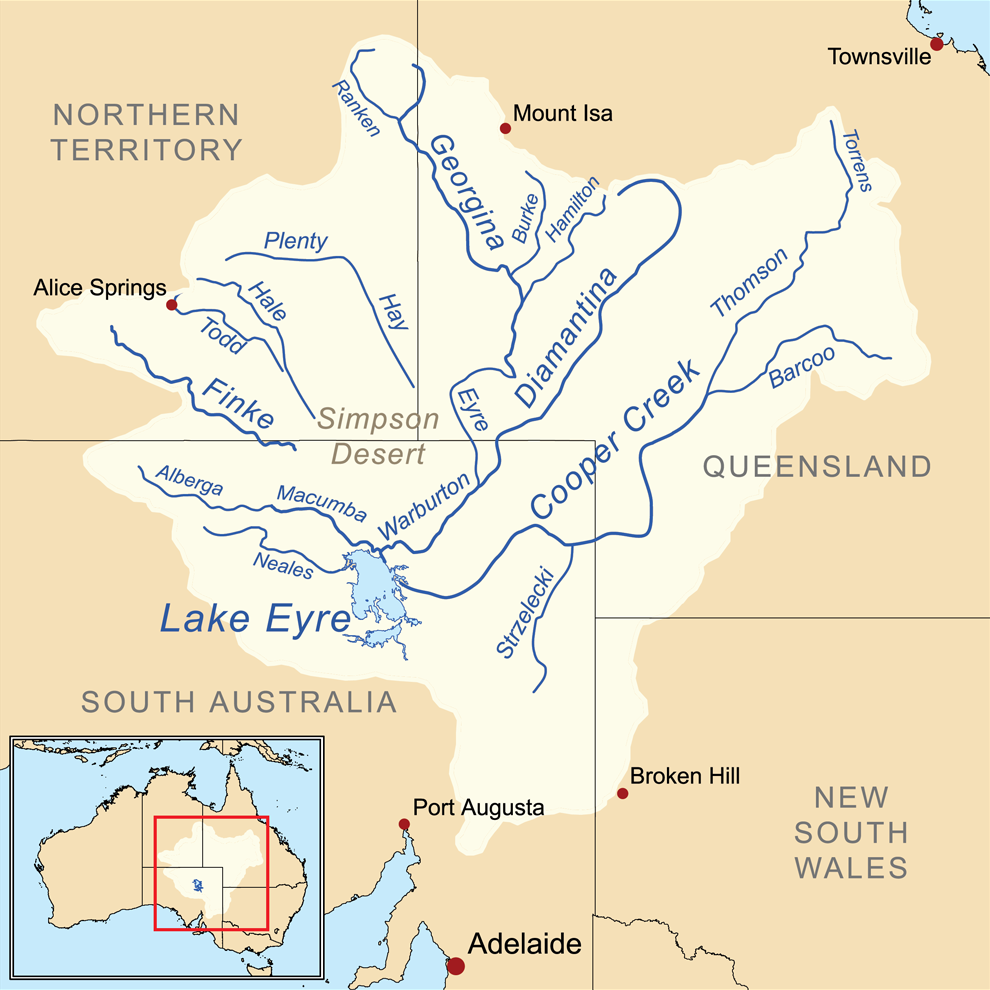 The Diamantina River System starts close to the NT / QLD border. It descends south towards Birdsville and Goyder Lagoon before flowing south west to Kati Thanda–Lake Eyre via two distributaries Warburton River and Kallakoopah Creek. This low gradient river passes through some of Australia's most remote arid and semi-arid environments including cutting through the centre of the Sturt Stony Desert at Birdsville. The combined length of the Diamantina and Warburton rivers is just over 1,400 km.

The Georgina–Diamantina catchment is commonly known as the channel country after the multi-channelled nature of the rivers that spread across the inland plains. The rivers are extremely variable and mostly ephemeral in nature, only flowing toward the terminal point at Kati Thanda–Lake Eyre after extremely high rainfall events in the NT / Northern QLD. The terminal point of Kati Thanda–Lake Eyre in SA is below sea level and has only completely filled a few times this century.

The system has an unregulated flow with low water extraction allowance. It will rarely flow outside of la Niña wet seasons and maybe cyclone driven weather events. Other than the extreme remoteness of the system, the main concern if attempting this river in anything other than in a large flood event would be that it doesn't reach the terminal and the flow spreads out over a vast number of channels that can be up to 50 km wide in places. Crocs shouldn't be a concern as it doesn't connect to any other Gulf river that might have crocodiles. The only known croc found was believed to have been dumped into the river around Birdsville back in 2013, a 1 meter freshwater crocodile.

Key towns along the river are shown below.

The distances were calculated by manually digitising the river path from Bing aerial images in QGIS (WGS 84 / UTM Zone 55S).

There wasn't that much data on the river, but enough to do some basic analysis of the recent flow events. Some key observations: 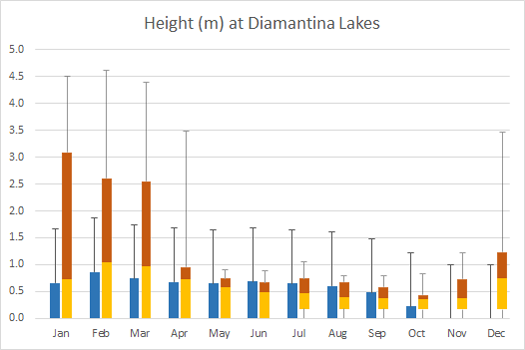 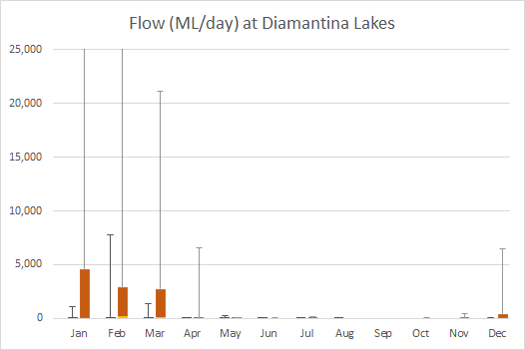 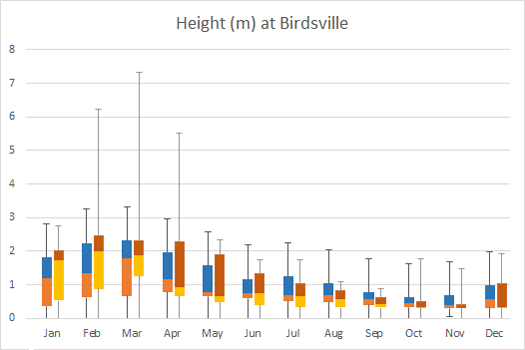 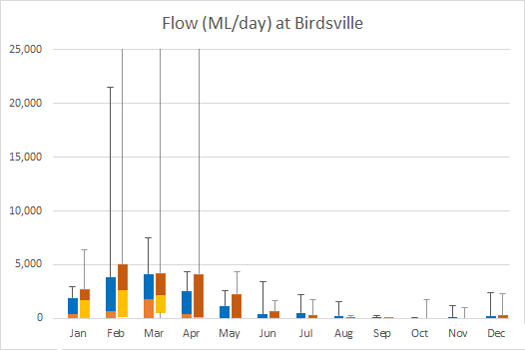 It is serviced by a bus route (Greyhound) that runs between Mt Isa and Brisbane 7 days a week. If flying, Cloncury is likely the closest airport.

There are a limited number of roads between Kynuna and Birdsville including:

Flying and driving are the only real options.

Other than the Birdsville track that follows the creek down before the river turns west, there are no major outback roads that go near the river other than the station access tracks for Cowarie and Kalamurina homesteads.

At the time of writing access onto the water in the lake is restricted.

There are only two routes to the lakeshore. Both are public access routes as defined under the SA Pastoral Land Management and Conservation Act. These over private pastoral land that have unimproved and unsurfaced dirt tracks. You do not need to ask permission to the lessee to access these, but keep all gates as you found them and stay well clear of buildings / stock watering points. These two routes are:

Halligan Bay lookout
Passes through Anna Creek Station and terminates at a prominent point which cuts out into the lake to the north of Halligan Bay. Halligan Point is another 10km north. 4WD only
Level Post Bay
Located northwest of Muloorina Homestead, running along the northeast shore of Lake Eyre South, along the Goyder Channel and terminating at Level Post Bay in the Madigan Gulf of Lake Eyre North. 4WD only

Some of the stations and homesteads that can be found along the river.

There is a higher concentration of homesteads in the upper reaches, only Arizona and those right on the river are listed:

47 km Arizona
The highest homestead on the river, about 5 km from the main channel
104 km Belfast