Alan has been riding bikes since he was a youngin', usually his primary form of transport. Most of Chris's family ride; Her brother rides a Ducati, her sister a dirt bike, and her brother in law both dirt and road bikes. Her aunt and uncle rode, and her cousin had just left to ride from Russia to London. Chris's first experience was riding little 125cc bikes in Asia (Thailand and Laos). In Laos, we took two little 'postie bikes' around the Bolaven Plateau for 5 days, on tarmac and dirt roads. It was an amazing experience, not only for the fact that we were able to get off the tourist route, but because being on a bike is such a richly sensual experience - you (literally) feel the weather, the smells are more vivid, you travel more slowly and on different routes so you see more, and then there is that sense of freedom that comes with being exposed to the elements. We loved it.

So when Alan jokingly suggested doing the next trip on bikes, Chris jumped in. She got her licence, went to motorbike school, and that's where it started. The cost of renting bikes is high in the US ($100 per day), whereas new bikes are cheap and have great resale value (75%+). We figured why not just see how we go, and anything over 10 days means we wouldn't lose money. At the beginning of the journey, Chris was called all sorts of things, crazy and ambitious being two of the most common. One major problem is her height: 5'2'' is quite short when Enduros (Dual Sports) are in order, and so she rides only a putt-putt 250cc. Now, in Mexico, she is just a girl on a bike, with a husband who is carrying most of the load.

These weren't necessarily our first choices, but price and availability were the primary considerations!

After a lot of searching around and testing bikes in almost every bike shop in Brisbane we finally decided on the following bikes. A KLR650 and a XT250. After finding a good deal on another 250 dual sport (KLX250) and a promise to be able to lower it so that Chris could flat foot, we went for that.

This also involved a lot of reading on Adventure Rider to get firsthand accounts of the good and the bad characteristics of each bike.

Mostly positives about the bike, but it is lacking the suspension for the trip at hand....

Neither a repair nor service, but this old girl drank litres of oil. I would always take an extra litre spare for emergencies. 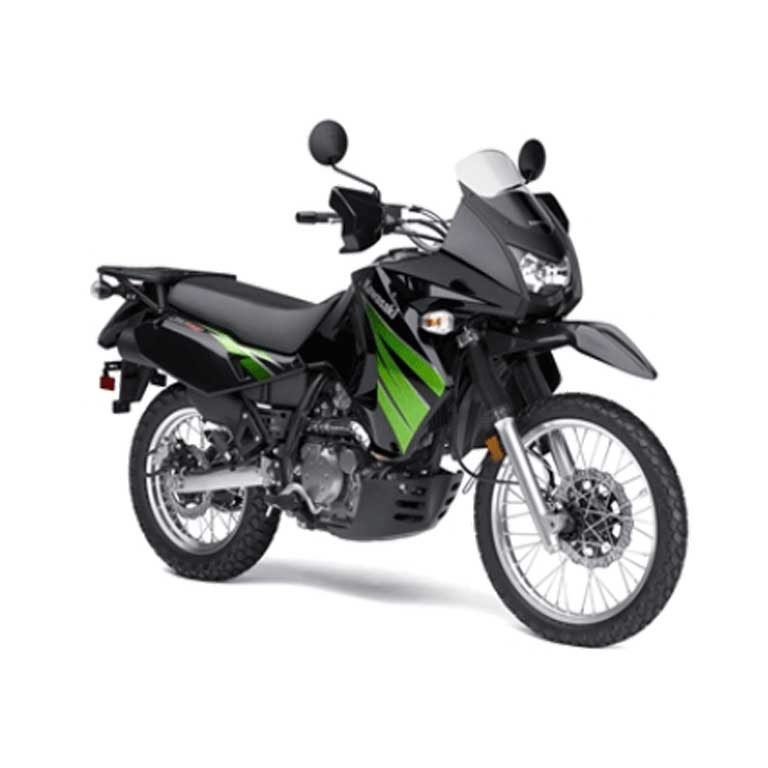 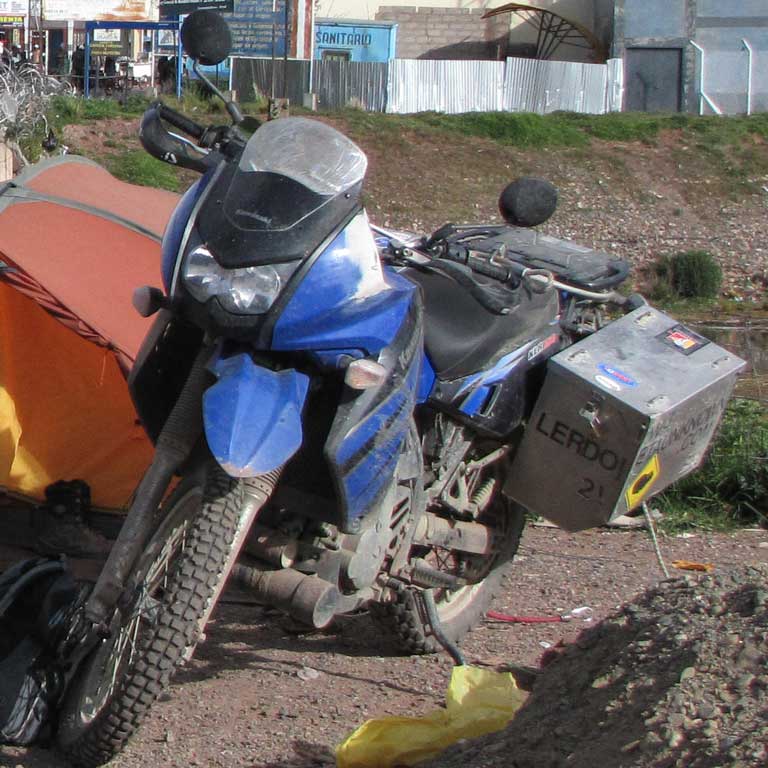 Mostly positives about the bike, minimal issues other than wear and tear 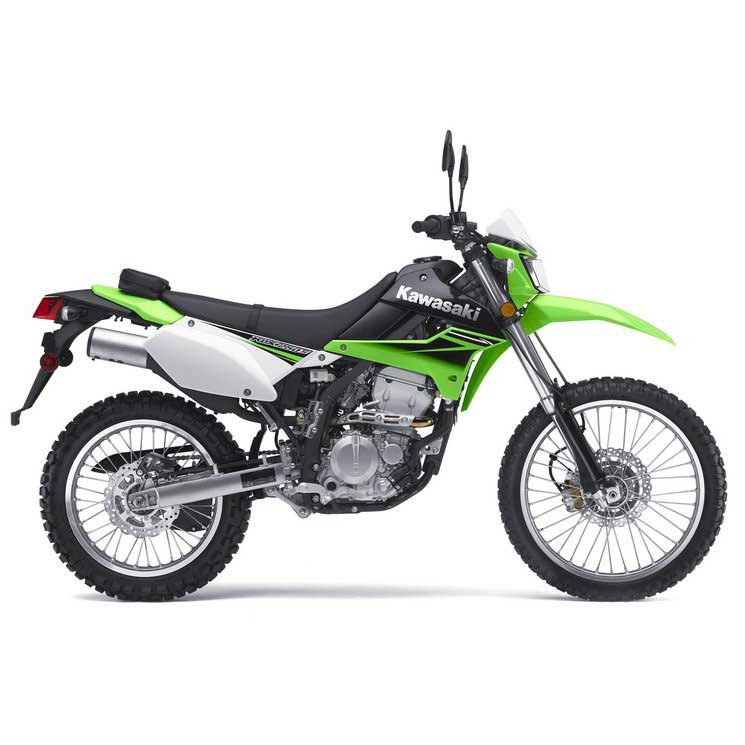 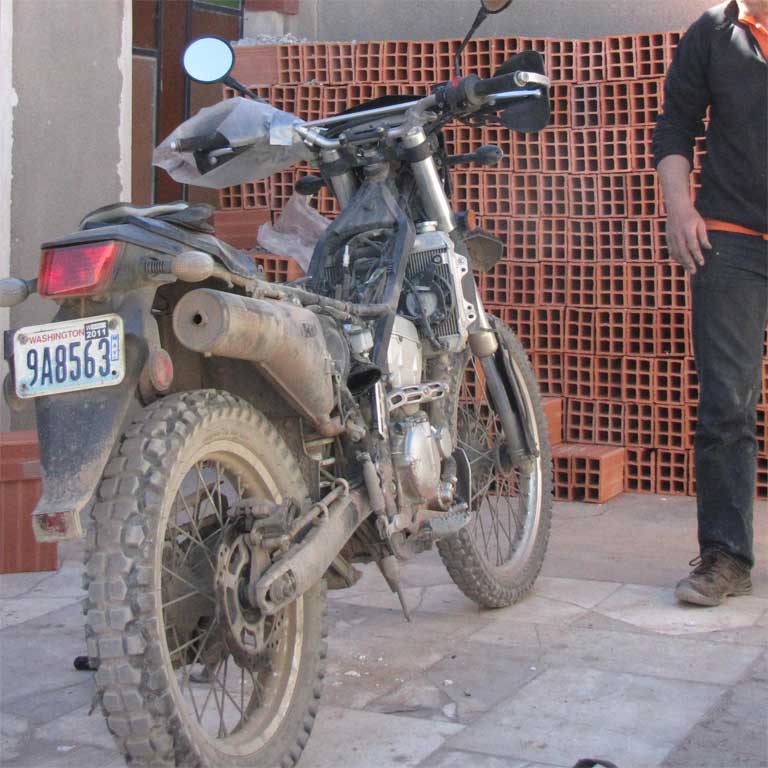 Additional gear for the bikes

We need to have every tool needed to fix a broken chain, punctured tire, or to tighten loose bolts. While it is usually easy and cheap to get a puncture repaired in a shop, we had many instances where is was simply easier to do ourselves and potentially dangerous if stranded

Pack an extra length of fuel line, an extra spark plug, some rags, zip ties or bailing wire, a flashlight, electrical tape and some duct tape.

Final Words on our America Trip

Our highlights, lowlights and thanks to just some of the people that helped us along the way.