Best time of year to tackle the journey

They say, timing is everything. But then they say, there is never a perfect time for anything. 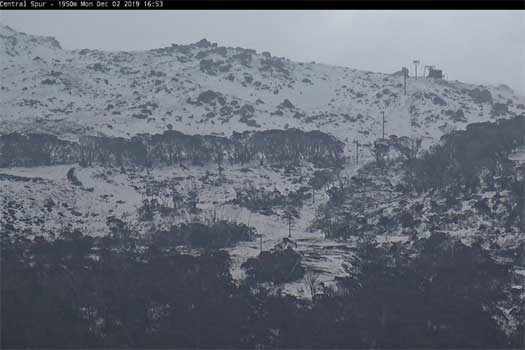 The standard hiking season is roughly from mid-November to the end of April. Remember to check with both the NSW and VIC park pages for status and closures.

The Thredbo resort site will only list the trek to Mt Kosciuszko as open when there is minimal risk to the average walker. It is likely to be safely traversed by experienced hikers much earlier, in fact any time of the year with snow shoes and navigation tools. Up to 4 m of snow could be covering the track.

My trip was unnecessarily delayed waiting for this to change, but with hindsight while the increased flows would have assisted me, these were likely still too low for a pleasant trip, and I would have been caught out with the late snow sometime in my trip that is pictured here. 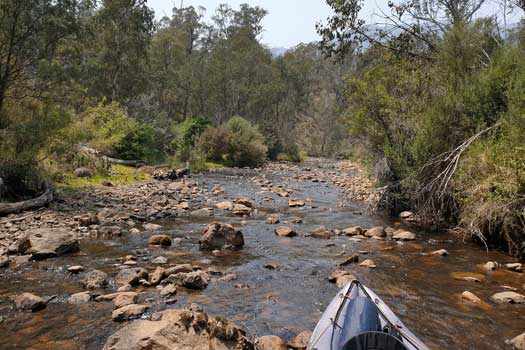 The upper section has the higher flows August to October, but that will also mean much colder water and more variable weather. I roughly estimate that you would want a water level of at least 0.5 m at Biggara, and historically this is normally seen in November and December. Leaving your trip till mid-Dec or later will significantly increase the chances of a low flow.

The sweet spot is likely at the start of December where the temperature starts to rise, but historically still above my calculated minimum if you are traveling light, but maybe consider a November start if you're considering a full source to sea trip. 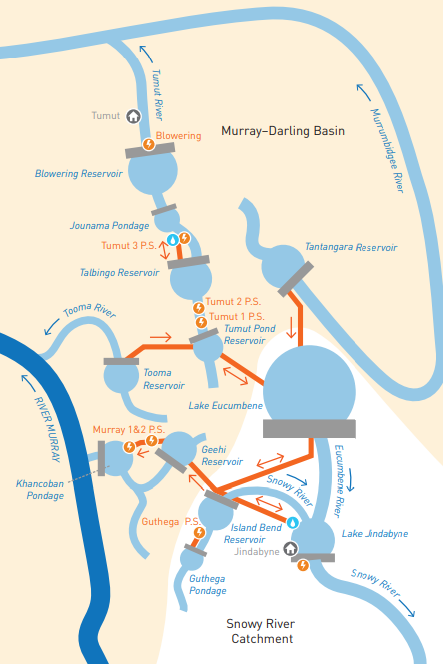 Standing advice is that summer is the best time to do the main leg on the Murray, due to the release of water for irrigation, but looking over the historical data suggests a peak in flows during spring and this slowly tapers off till early winter.

Heat is the second factor to consider, inland Australia can get very hot in summer and very cold in winter! Many would consider things to be more pleasant in Spring or Autumn.

The final factor is the weather. While summer gets the heat waves, winter is more likely to get cold fronts and thus cold headwinds.

With all of these factors combined, Spring is likely the best season, but a combined single source to sea trip would push this into the early summer months to optimise all sections of the trip.

Some additional info for anybody considering to do the Murray River by kayak.