A closer look at Lake Alexandrina and the Coorong

An ocean refuses no river. 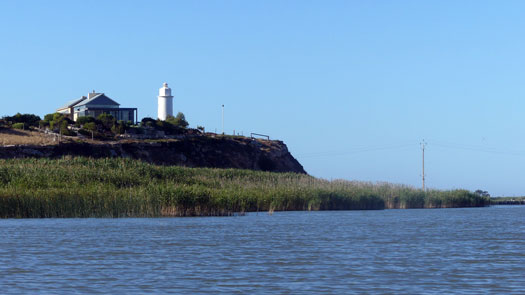 Lake Alexandrina is the last major section of water in any trip along the Murray. It is 6,900 hectares (roughly 15 km across and 30 km long) and it has an average depth of just 2.8 m and a max depth of 6 m.

Even experienced paddles and boaties can struggle with the lake as it is very exposed to the wind and the shallow nature of the lake creates large choppy waves. Ensure you tackle it with care and respect she deserves.

The lake sits on Ngarrindjeri traditional lands and the lakes, Coorong and the surrounding land is known as Yarluwar-Ruwe or the Sea Country. The lake is known under various names including Mungkuli, Parnka and Kayinga.

Captain Charles Sturt made the first known crossing of the lake in 1830, naming it after Princess Alexandrina who later became Queen Victoria. However the freshwater lake we see today is the result of the construction of five barrages built in 1940 to stop the influx of salt.

A correctly fitted sea kayak with bulkheads and a full spray skirt is recommended. Fittings should include watertight hatches, deck lines and toggle handles.

Basic camping gear. Food for at least one day, maybe more depending on the weather forecast. Enough water for drinking or a way of treating the lake water if it hasn't become too saline to drink (i.e. due to very low water levels.)

All items required by Semi-protected Waters and:

A Paddle Leash and EPIRB (or PLB) are also highly recommended if doing the open water crossings. A GPS unit can help you make judgement calls by accurately showing the distances from the shorelines. Mobile phone coverage seems fairly good in most areas of Lake Alexandrina. Finally a signal mirror is a great backup signalling device.

Note that SA requires an EPIRB for all craft in Unprotected Ocean Waters, a PLB doesn't suffice. Marine Safety Inspectors occasionally conduct safety checks at various locations along the Murray including the lower lakes and lagoons.

The latest SA Government Guidelines can be found here. 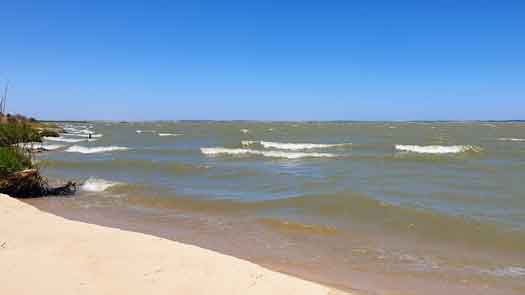 The most important factor is the wind. If this rises about 10 knots it can become a slog padding and above 15 knots it can start to get dangerous on the water. Either wait for the weather to calm down, potentially camping another night before starting, or to proceed along the shoreline without taking any wide crossings. If time is a factor, consider abandoning the final leg rather than pressuring yourself into a potentially dangerous situation.

You should be aiming for a forecast that provides at least a 10 hour window of stable weather with less than 10 knot winds. Southerly winds are common, you will most likely be padding into some form or head / cross wind on the lake.

If you are heading out past where you can swim back to shore comfortably, make sure that you can either self-rescue if you are alone or perform an assisted rescue if you are in a group, both as the rescuee and rescuer. It is wise to have practised in rough and choppy conditions that are likely to be experienced on the lake.

These are the main landmarks and towns around the lake:

A. Wellington
Last town on the Murray. There is a ferry crossing here.
B. Brinkley Homestead
Here you effectively left the Murray River, entering into a long narrow arm of Lake Alexandrina.
C. McHughes Lake
The area directly right and behind where the Murray meets Lake Alexandrina.
D. Pomanda Island
The southern point is Pt Pomanda.
E. Poltalloch Station
Another historical farming station.
F. Point Malcolm
There is an historical lighthouse built on the point.
G. The Narrows
The channel between the two lakes.
H. Lake Albert
Smaller of the two main lakes.
I. Narrung
Small town (pop. 200)
J. Raukkan
A small Aboriginal community (pop. 100)

The barrage at the eastern end of the lake. Separates Lake Alexandrina from the waters of the Coorong.

A hand-operated lock can be found at the western end.

The channel between the Coorong and Southern Ocean, the official mouth of the Murray River.

You will possibly meet a couple of semi-permanent dredges keeping this open. 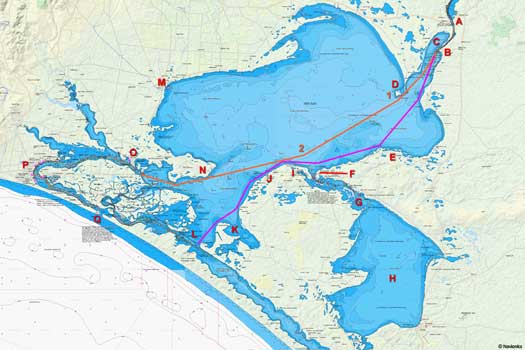 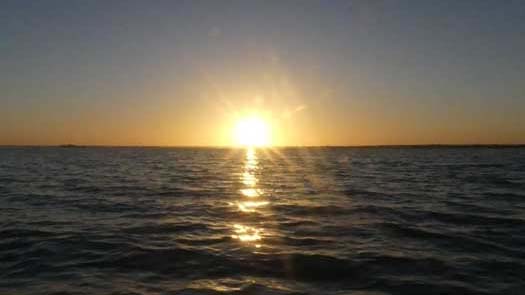 There are two main tracks across the lake, either directly to Goolwa via crossing to the Sturt Peninsula or to follow the eastern / southern shorelines to Tauwitchere Barrage. The latter is the safest and depending on conditions you can cut across one or more bays to reduce the distance paddled.

A third option is a mix of both to get to Goolwa with a crossing from Raukkan to the Sturt Peninsula.

Note that the Coorong can be shallow at low tide and it is best to keep close to the navigation markers.

When using a GPS unit or compass, you can directly head to Sturt Peninsula that is about a 26 km crossing on open water from Point Pomanda. If you are navigating using landmarks, the following guide by Brad Butler should see you across safely with a slightly more cautious elliptical path:

There is only about 300 m difference between going straight across and the path Brad gave. Using this track, Bred worked out it has a rule of 13, or there are roughly 13 km between: 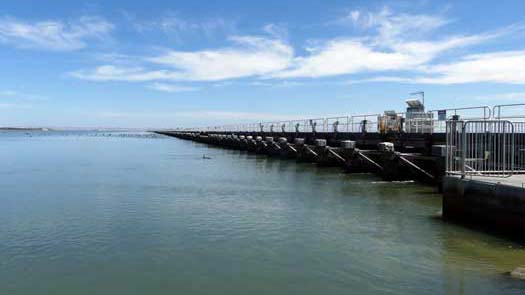 This will provide the shortest path around the lakes edge and provides some shelter from the predominant southerly winds. When you pass the Brinkley Homestead stay left in the deeper channel and head out towards Low Point (opposite side of the wide arm that Pt Pomanda is on). From here either keep following the shoreline or take one or more of the more open crossings if conditions are not too rough and these are within your personal abilities.

The route marked in the map above has the following 3 crossings:

An alternative route to Goolwa where you start doing the eastern shoreline to Raukkan.

The crossing between Pt McLeay (just south of Raukkan) and Sturt Peninsula is about 6.5 km. By doing the two smaller crossings between Low Point to Poltalloch Station and Pt McLeay to Sturt, then expect to add about 3.5-4 km more to the distance for the direct Goolwa route.

When planning a crossing assess the stability of the weather, note the wind speed and direction. Aim for at least a 12 hour window of stable and favourable weather before heading out onto the lake.

Here are some weather sites that will help you plan for the trip across: 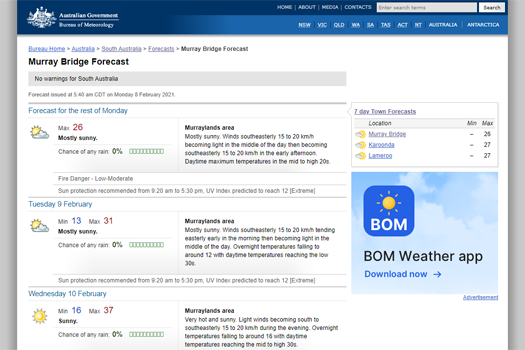 Also check the Murray Bridge and current radar for a more complete picture of the local weather on the lake. 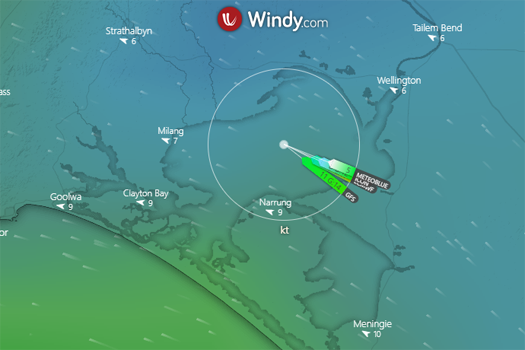 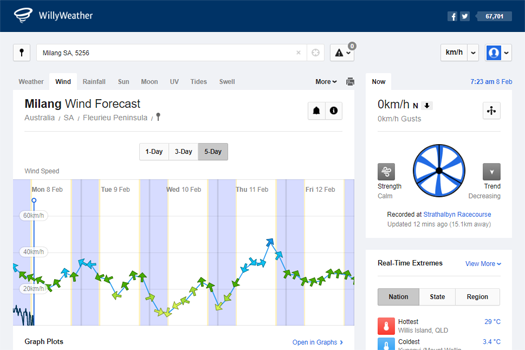 Also a quick mention of the WeatherZone Meningie forecast that has a 28 day rainfall forecast for the district too.

A free campsite can be found at Narrung beside the ferry. Toilets but no water.

Most of the land around the lake is private though there are campsites to be found around Low Point and Pt Pomanda in case of emergency. Pt Sturt is a free council campsite with no facilities. I found it to be busy with campers and there was a lot of rubbish scattered about.

If you do get forced to stay somewhere, leave as clean or cleaner than you found. As the old saying goes, take only pictures and leave only footprints. Definitely avoid using a campfire. Use a gas stove or go with some cookless meals such as couscous.

The lake is notorious for having very strong winds and rough choppy waves due to the shallow nature of the lake. As well as many near misses, it has claimed many lives over the years, including swimmers, fishermen and boaters. These included the following paddling incidents:

Nov 2020
31-year-old man drowned after two men set off in an inflatable canoe near Milang.
Aug 1987
Four drowned after a group of 13 in were caught out in rough conditions 1 km from shore.

This was not intended to be morbid but added as a simple reminder that there are inherent dangers in our sport and we need to respect the water we play in.

Some of the longest whitewater runs in the country.