The higher altitudes are 4° to 6°C cooler than the lower sections. Snow is possible in the Tablelands in winter.

Water temperature is the secondary consideration. This can be near freezing in the tablelands and frozen near the source in winter. Even on the lower section, it is unlikely to be much above 10°C in winter. In summer, temperatures can climb close to 30°C in places, warm enough to no longer be refreshing.

The following charts show the temperature at three stations along the river. 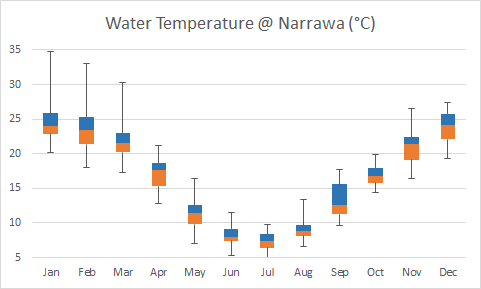 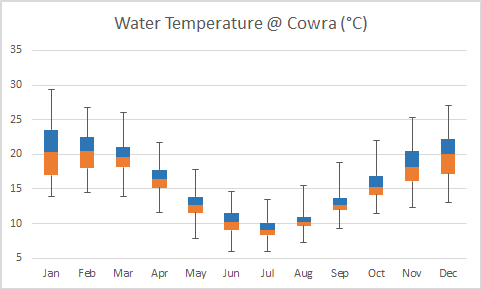 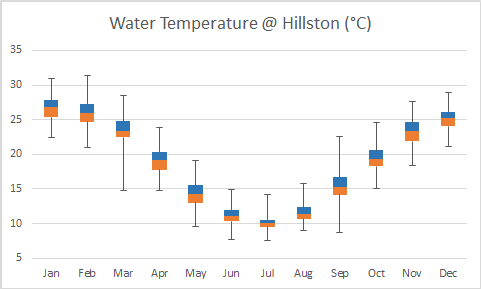