While I had contemplated the trip way back in Christmas 2015, (the Darling Murray version), I hadn't committed to really attempt this trip till late 2019.

More for general health and fitness, I started hiking early 2019. From struggling to climb Mt Flinders (5.7 km, 529 m, 1h 30min), I have managed to increase this significantly. My main training ground has been the Harding Paddock to Flinders section of the planned Ipswich to Boonah Trail. Over the last six months, I have worked up to a fairly comfortable return trip with minimal gear (25 km, 1,078 m, 5h ), or an overnight trip with pack from one end to the other, returning the next day, (one way 19 km, 849 m, 544 m, 6h ). Pack is well over 20 kg at the start, with a full kit and 12 L water. This trail is exposed to a moderate amount of sun and temperatures often well above 30°C. Even though the track was tinder dry all year, the entire area was closed in October due to fire conditions and only just reopened with the recent rains. This forced me to walk around town instead and I got a few strange looks walking around with a 20 kg pack!

Kayak training has been another story...

I really only committed to the trip on the 20 Oct. I picked the kayak up from Sydney on the 22nd, and got a few local trips in around Ipswich to date: Lake Wyaralong (25 km), Colleges Crossing section of the Brisbane River (7 km) and a return trip on the Bremer River between Ipswich and the Brisbane River (30 km). An injury to my wrist has prevented any further training over the last couple of weeks, but currently focusing on the first phase so I am not overly concerned about this. I've got all 2,500 km with no end date to gradually build up my fitness!

The first phase of the Murray involved a lot of hiking, but minimal padding. In the end it was just ~3 days paddling, with ~9 days walking. 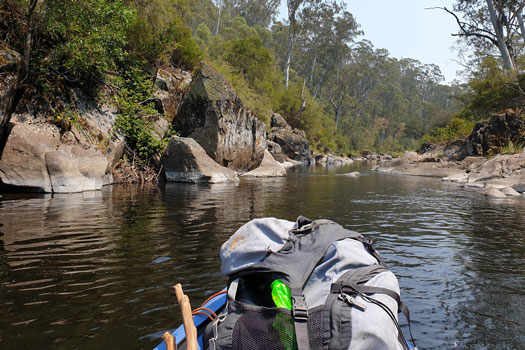 First phase complete and a four week break, but the car is out of action so I am still not able to train... I was intending to be doing at least 2 hours per day every second day in the Bremer and Brisbane Rivers as well as having some coaching sessions. Hopefully I can sort the insurance out quickly so that I can get some kayak training done...

I picked up the new car Monday and found out about the flood event in QLD Tuesday. I was in the water Friday, I guess time in the water counts as training? A full 6 days and I fell off the back of the flood waters before having to stop at Warwick. Even with the long days, with the number of portages meant that I wasn't having to paddle too hard and it was good fitness training.

Two weeks solid planning for the Darling and alternative kayak options. I found a Prijon Kodiak and purchased this above other options. It was a plastic kayak, 5.16 m. Hopefully it will carry enough food and water while being tough enough for the trip ahead. 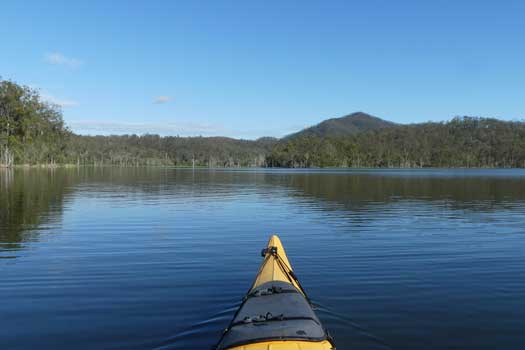 Managed 3 short training sessions in the new boat. It seems to have a decent enough speed, ~8 km/hr though this did drop fully loaded on my final training run. I'm fairly confident that I'll catch up on the flood waters, eventually. I count the final 180 km leg from Surat to St George as the final training run before the massive 600 km leg down to Burke. This is likely the most remote of all of the legs on the river system and will be make or break.

Luckily the lack of real training wasn't too much of a factor on the river. Even though I pushed hard down to Weilmoringle (524 km) over 8 days, no injuries and resorted to a voltaren rub once on my old shoulder injury that played up a bit on about day 4. From there to Bourke, smaller and easier days were had to enjoy the trip more after completing the most distant riskier sections..

Lock-down.... I managed one trip before the no boating regulations were enforced. While local exercise was ok, I didn't want to have a random cop to decide if I would have a $1,334 fine for just training. As such, I did no paddling for 6 weeks. But come 6am of the day the restrictions were eased, I was on the water at Wyaralong Dam. I was rather sore afterwards having overdone it slightly, 50 km plus and that included 15 km into a strong headwind on choppy water. A shorter 40 km paddle two days later was a breeze comparatively!

Training through the first relaxation phase is mainly paddling for 5 hrs plus every few days on Wyaralong Dam, Lake Wivenhoe or the tidal Bremer / Brisbane rivers. These are within the 50 km allowed travel radius. With luck, I will be able to finish the Condamine section after the next relaxation. I will need special permission to do this though. Then it will be the big wait for the state borders to open to allow access to get back the rivers.

My personal trip table for the Murray River